It is extremely hard to pick out just a few of them, and even harder to rate them. Therefore, only some of them will be mentioned. 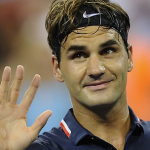 Federer´s professional career started in 1998, four years later he was already in the top 10 and remained to be there until now. It is interesting that he was only 19 when he demonstrated his skill against Sampras in forth-round of Wimbledon. With a total of 17 Grand Slam titles and more than 30 Grand Slam quarterfinals,”Fedex” is surely the most worthy of the title of the greatest men tennis player. But it is not only statistics that speak about his success but his graceful moves and interesting matches. 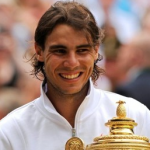 “The king of the clay” court as the fans call him has eight French Open titles. As soon as he won against Federer in one of the most fascinating matches on Wimbledon in 2008, everyone was sure they are watching a new tennis wonder. With his 14 Grand Slams, Nadal is one of the players who improved himself constantly until the knee injury stepped in his way. Some considered this will be the end of his career, but he returned even stronger demonstrating this at the U.S. Open.

286 weeks at the top of the rank as the best player in the world and total of 14 Grand Slam titles claim that Sampras was a winning machine. Victory at Wimbledon in 2000 set him at the top of the greatest men tennis players of all time, before Federer came to the throne. With 7 Wimbledon titles this Californian with Greek origins was extremely good server and volleyer, which was ground-breaking strategy at the time. 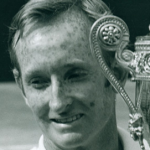 The popular“Rocket” won a calendar year Grand Slam in 1962. It is difficult to say what he could do, hadn´t he been out for the next six Grand Slams, in which he was ineligible to compete. As soon as the most important tournaments became open for both amateur and professional payers, Laver won Wimbledon in 1968 and with total of 200 titles, more than any player in history, became one of the best players of all time. 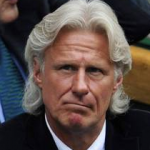 Swedish player won 11 Grand Slam titles before the age of 25. Therefore, the news of his retirement in 1983, just a year later were quite a shock for all the fans and tennis enthusiasts. He was very calm player loyal to the baseline, and was a perfect opposite to his biggest rival John McEnroe, against who he had memorable matches. 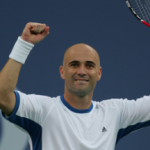 This controversial and wild player from Las Vegas became one of the most respected tennis ambassadors. On that path, full of ups and downs, Agassi won eight Grand Slam titles in his career. Agassi won Olympic gold in 1992 He continued to play until persistent back pain eventually forced him to retire at the age of 36. 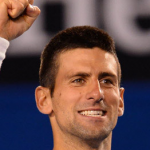 With twelve Grand Slams and four years at the top of the ATP list in the company of Federer, Nadal and Murray, Djokovic´s success is an extraordinary achievement. Djokovic turned pro in 2003 and soon proved his strength on all surfaces. With his victory in 2016 French Open he finally became one of the eight men to secure a career Grand Slam.